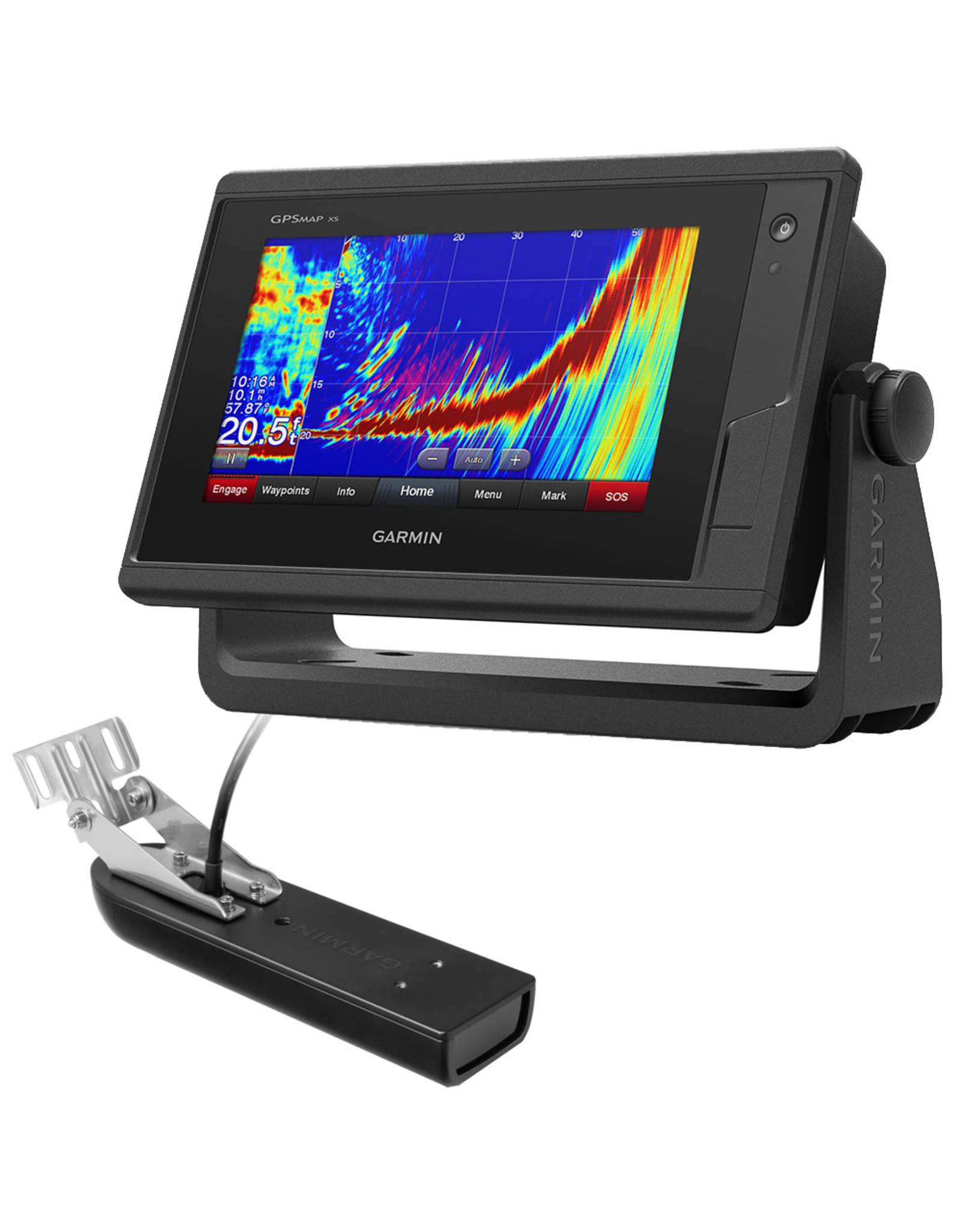 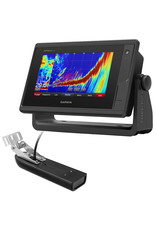 Right out of the box, you have access to some amazing sonar capabilities; all you add are transducers. Comes with built-in Garmin 1 kW CHIRP sonar and CHIRP ClearVü scanning sonar. It even supports Panoptix all-seeing sonar, premium Garmin sonar modules and a wide range of transducers (sold separately).

Networked combos can share their internal sonar with any other device on the network. You can also choose what information is overlaid on the sonar screen, for example, radar, time of day or GPS speed.

LakeVü g3 inland maps and BlueChart® g3 coastal charts provide industry-leading coverage, clarity and detail with integrated Garmin and Navionics® data and Auto Guidance1 technology. LakeVü g3 and BlueChart g3 include Auto Guidance1, which uses your desired depth and overhead clearance to calculate routes and provide a suggested path to follow. LakeVü g3 provides coverage on more than 17,000 lakes with up to 1’ contours. BlueChart g3 also includes NOAA raster cartography, available as a free downloadable feature via the ActiveCaptain® app. Additionally, they both offer easy-to-use features such as Depth Range Shading and Shallow Water Shading, which let you view your target depth to avoid running aground.

Accessory map purchases, such as LakeVü g3 Ultra or BlueChart® g3 Vision, add even more features and detail to your maps and charts. LakeVü g3 Ultra and BlueChart g3 Vision add high-resolution relief shading, which provides an easy-to-interpret, clearer view of bottom structure than contour lines alone — plus many other chart and map-enhancing features.

Instantly create personalized HD fishing maps onscreen with 1-foot contours. Tailor them to fit your needs. These are your maps — you own them. Keep the data to yourself, or share it with the Quickdraw Community on Garmin Connect™.

For installation, follow the included instructions carefully to avoid damaging your boat.

1Auto Guidance is for planning purposes only and does not replace safe navigation operations.